“The hospitality industry is under significant commercial pressure, with room rates stagnating or declining while costs rise. How can we engage and inspire our workforce to be as efficient as possible, while achieving a five-star level of service? For example, what’s the most efficient way to move towels, both clean and dirty, around a 12ha resort? Each weighs 1kg and there are 7,000 of them used across multiple pools and a spa.” 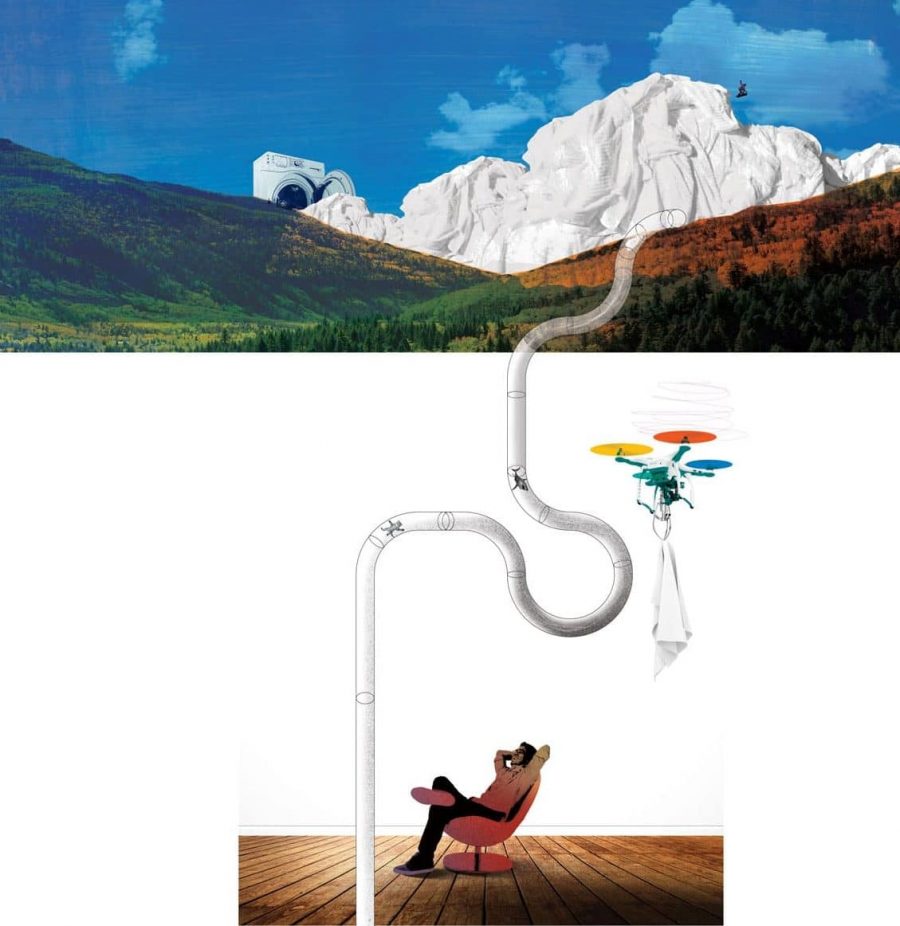 One problem, three engineers, no constraints

“The pneumatic tubes could be transparent, so you could watch your towel move through your hotel room and snake through the building ”

A modern twist on the pneumatic tube

When I was a kid, pneumatic tube systems were really common. In department stores, before cash registers, you paid your money and they’d put it in a little capsule. Then it was sucked up in this tube to a back office where they would process the order and send the change back in the tube.

Pneumatic tubes are a very simple technology that rely on differentials in air pressure, created by a fan at one end. Imagine you have a tube eight or nine inches in diameter and a capsule that is slightly less, with tapered ends. You can put anything you like in the capsules. In current times, they’re mostly used in the US to make deposits in drive-in banks, and in hospitals for transferring medical samples around different departments.

That’s a more complicated system because specimens have to go to many different locales, but a system for a hotel could be much simpler. It’s just not efficient to have humans go around collecting up towels and carting them to a laundry facility, so why not have hotel staff send bundles of towels in capsules using a tube system? They can travel over quite large distances – in the early 1900s, 27 miles of tubes was used for New York’s mail system, so a resort-sized network should be no problem. The tubes could either end up in the on-site laundry facility or, if laundry is outsourced, to the collection point. I suppose you could extend the tubes to the outsourcing provider’s facility, but that’s probably a stretch too far. You could also use robotics at the other end. The ideal would be that the towel goes straight into the washing machine, and when it reaches a certain number or weight, that triggers a wash cycle. That’s not a particularly complicated technology either.

A lot of buildings today expose their structure and services — you often see exposed cables and ducts. You could make an architectural feature out of the tubes in the same way, instead of hiding them. It wouldn’t be that expensive to install and it could be retrofitted quite easily. You only need a small motor at one end driving a fan, and that could be in the basement. It’s very basic — that’s the beauty of it. It would be cheap to run and kind of cool in an old-school way.

You could even make a novelty out of it for guests, with access to the network in the rooms. They could put their towel in some funky capsule, lift a flap and put it into the tube and push a button, and away it would go. A few minutes later, a clean one would arrive the same way. The tubes could be transparent, so you could watch your towel move through your room and snake through the building.

You could also use the tubes for room service. Food might be tricky, because the capsules travel at 25ft/s, but things like toothbrushes, razors or aspirins would be absolutely fine. If you’ve forgotten your toothbrush, you don’t want to wait for someone to wander up to your room. You usually realize when you go to brush your teeth, so you want your problem solved quickly. Instead of pushing “1” for laundry, you could put your request in the capsule and push “2” for room service or housekeeping, or operate it through an app on your smartphone.

“You could take out a service elevator, and that could be the drone shaft. They could fly around, pick the towels up and drop them off”

The perfect job for drones or AVGs

Let’s talk about the human element first. We don’t want the workforce having to touch the towels because that’s not a fun part of the job. We’d rather have them talking to people, giving the kind of personal service that guests would want because that’s one of the things that  makes the resort a lovely place to go to.

When it comes to dealing with things like towels, machines are good at repetitive, low value-added tasks so I’d suggest two types of technology. The first is automated guided vehicles — AVGs for short. They’re a bit like the WALL-E trash compactor robots in the Pixar movie. An automated guided vehicle could go around and hoover up leftover towels, move the dirty ones to a designated place and bring them back, like a robotic worker ant. They are already used in hospitals — I worked on a hospital project in Dublin where clean linens and food were going to be delivered to the wards using AVGs. After all, there’s no point paying someone to push something round when it can push itself around on its own.

As an alternative, if you didn’t want AVGs taking up floor space, you could use drones instead. They could fly in some of the building’s existing service shafts. Or we could take out a service elevator, and that could be the drone shaft. They could fly around, pick the towels up and drop them off. Today, you would need a person to fly the drones, but in six months to a year they could track a set of Bluetooth beacons — you would place these inexpensive beacons along the approved route and the drone looks for that signal and follows it. But in the not-too-distant future, you could fit each drone with a camera and it would be able to pick out the towel and work out its own route through the building. That’s maybe three years away. 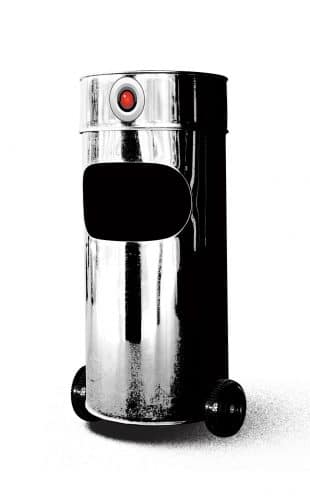 This could be managed from an operational point of view. I would assume current practice is that the dirty towels are transferred directly to the laundry area once collected. So there is a lot of back and forth and wasted time on the transfer given the large area of the hotel.

One solution would be to allocate some space in the back-of-house areas for interim storage units or rooms where dirty towels can be placed. This would of course need to be monitored to avoid overflow from high volume generating areas, which is an opportunity to apply sensor monitoring technology — there are several bin brands that offer automated fill sensor systems. This way, the only transfer trips over large distances would be from these interim rooms to the main laundry area, based on a fixed, monitored schedule.

Separately, several transfer methods could be considered to reduce transfer time and labour costs, and ensure the wellbeing of the staff. For example, electric buggies would be an option in a resort-style hotel where there are large enough spaces and routes to accommodate the vehicles. Full bags of towels can get quite heavy, so another solution to support staff would be to store them in tetherable bins and use electric pullers or pushers to assist with the manual transfer.

Some manufacturers have been developing automated bins that can move independently from one point to another. These could be configured so that they detect when they are full and move themselves to the pick-up point. That would remove the manual labour requirement for some specific tasks.

Another solution would be to go back a step and address the source — trying to reduce this 7,000 towel units per day. The hotel brand could roll out an initiative to spread awareness and promote sustainable behaviour among the guests. This is something trending nowadays in most hotels in the region. Some of them even offer incentives if guests reuse their towels, such as small discounts from the bill or additional reward points through their membership programmes.